BOHNI
(Hindi word for first earning in the morning)

As soon as his cycle tire puncture was fixed, police constable started to move.
-‘Sir,  my charges?’ He asked.
-‘Don’t you know who am I?’
‘I know but it’s my ‘bohni’ time sir’
The police constable started searching his pocket but had nothing. Suddenly he saw a cycle rickshaw approaching and waved the rickshaw puller to stop.
-‘You’ he roared like a wounded lion ‘don’t you know plying rickshaw with three people is an offence?’
-‘It is my mistake sir. It was my ‘bohni’ time, that’s why I agreed to carry them’ rickshaw puller pleaded.

He was observing the Banana vendor (Kelewali) from a distance. Finding her alone with her child, he swiftly came to her.
‘What’s the rate?’ looking around, he asked mischievously.
For a moment she glanced at the customer and putting her sari -pallu down hesitantly said –‘Fifty rupees’.
‘Too much, make it forty and I shall come in the evening.’ So saying he drove away on his bicycle in one of bi-lanes of the street.
Hearing the conversation, the child looked perplexed.’ How come Mama, you are selling the banana for fifty to him while to others you quote twenty rupees a dozen?’
Before she could react, the child ran away to catch a kite in the street.
Posted by Shri Ram Ayyangar at 11:03 PM 8 comments:

Posted by Shri Ram Ayyangar at 7:00 AM 8 comments: 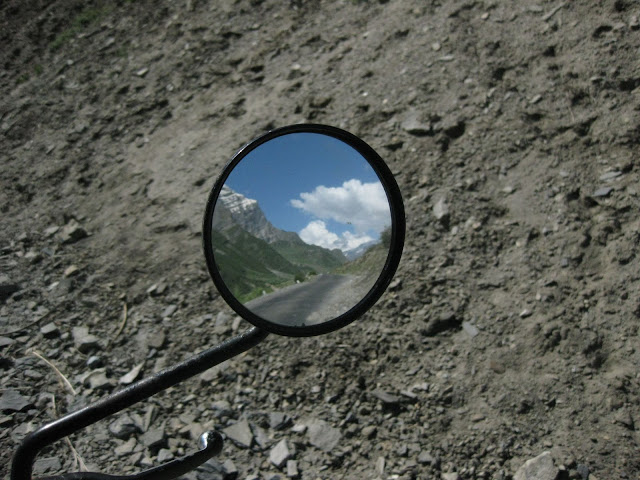 
The Petroleum Ministry has come out with a scheme to bail out oil companies called ‘Preferred time LPG delivery (PTLD) whereby a customer can get cooking gas refills out of turn jumping the normal queue at any time or day of the week of their choice at an additional charge of Rs.25 or Rs.50 per cylinder depending on the time and day despite the fact that the cost of LPG gas was revised recently along with petrol and diesel. This scheme has been envisaged keeping in view the urban households where both spouses are working with no one to receive the refill. Fine, but the scheme is open to gross misuse and nepotism. What is the guarantee that whosoever is opting for this are a working couple and not somebody else? Any body can pay the extra amount to get a refill out of turn leaving the common men in queue fuming whose waiting period may get extended by 2/3 weeks.

First it was ‘Tatkal’ scheme by Railways and Passport department to introduce such kind of out of turn premium service and now the Petroleum Ministry is setting a precedent for others to follow. No wonder, some day you may have to shell out extra premium for paying your Electricity, Water. Telephone bills to avoid the long serpentine queue. Just imagine you occupy a front row seat in a Bus without the hassles of buying a ticket at the counter because you have opted for ‘Out of Turn’ and the bus conductor will give you a service with a smile at your seat! There already exists a service called ‘Special Darshan’ in some temples down south for quick darshan of the lord!  Even petitions/grievances in government departments will be attended on priority basis ‘out of turn’, all for a premium. How nice it would be!

There would be no end to such gimmicks. Does it not imply that the government is encouraging some people to jump the queue out of turn using the ‘back door, under the table method’ which has now the official tag? Is this the remedy to compensate few oil companies to recover their losses? If so, what is Government doing to compensate the entire masses of this country for their losses on account of enhanced taxes and soaring prices of all the essential commodities?

Posted by Shri Ram Ayyangar at 6:38 AM 5 comments: